A bipartisan group of attorneys general is urging Congress to pass legislation that would make it easier for banks to handle money involved in the legal cannabis industry. Brennan Linsley/AP hide caption 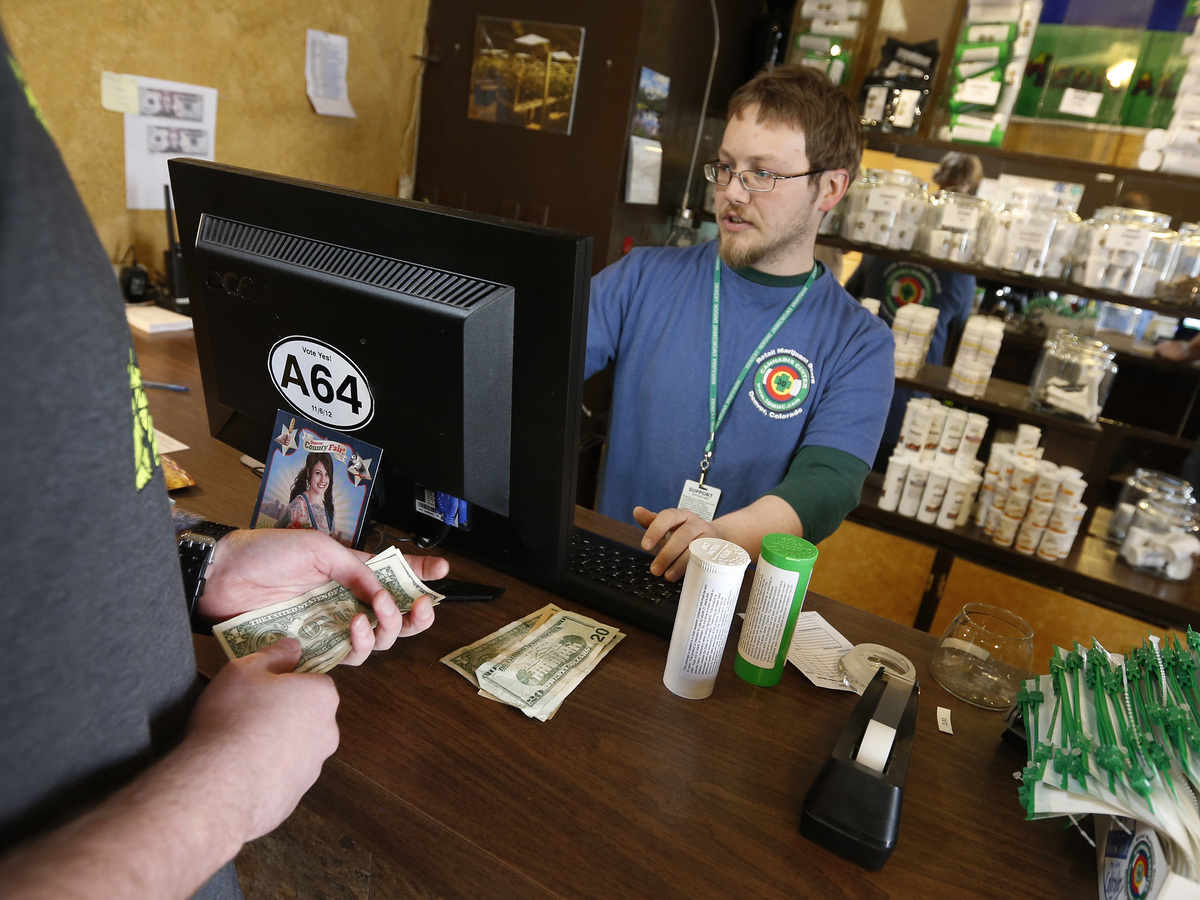 A bipartisan group of attorneys general is urging Congress to pass legislation that would make it easier for banks to handle money involved in the legal cannabis industry.

The attorneys general of 38 states and territories sent a letter to congressional leaders on Wednesday, urging them: Please, let us bank the money generated by the country’s booming cannabis business.

Most states and several U.S. territories have legalized medical marijuana, and 10 states and the District of Columbia have legalized adult recreational use. But federal law still considers marijuana illegal, which exposes banks to legal risk if they handle weed-related money or transactions.

“This is simple: Not incorporating an $8.3 billion industry into our banking system is hurting our public safety and economy,” California Attorney General Xavier Becerra, one of the signatories, said in a statement. “The SAFE Banking Act would reward taxpayers and small and local licensed businesses who play by the rules. We urge Congress to pass legislation to meet the demands of our growing economy.”

The attorneys general say they want to move the marijuana business out of a financial gray area and into the regulated banking sector. Many marijuana businesses end up dealing in cash, and lots of it — making revenue tracking and taxation more difficult for states and creating targets for crime.

As NPR’s Yuki Noguchi reported last month, finance in the weed business means armed guards and armored vehicles. And a cannabis business may pay thousands in monthly fees just to have a bank account.

The letter calls on Congress to advance the SAFE Banking Act or similar legislation, expanding financial services to legitimate cannabis-related businesses and service providers and reduce the amount of cash they hold.

“Our banking system must be flexible enough to address the needs of businesses in the various states and territories, with state and territorial input, while protecting the interests of the federal government,” the attorneys general wrote. “This includes a banking system for marijuana-related businesses that is both responsive and effective in meeting the demands of our economy.”

In late March, the House Financial Services Committee advanced the bill, and it has attracted 175 co-sponsors from both parties so far.

One of the bill’s sponsors, Rep. Ed Perlmutter, D-Colo., wrote that support from state officials “underscores the need to respect states’ rights on this issue and make our communities safer by allowing the marijuana industry and related businesses access to the banking system.”

The AGs’ letter earned praise from the banking industry. “The commonsense bill provides much needed clarity for banks in states where cannabis is legal,” wrote the American Bankers Association.

American Banker magazine notes that the key obstacle to the legislation is not gathering enough votes but getting Senate leadership to prioritize the matter. The Senate Banking Committee Chairman Mike Crapo, a Republican from Idaho, is from one of the only states that hasn’t legalized or decriminalized marijuana at all. That may account for the public safety framing of the issue.

Don Childears, president and chief executive officer of the Colorado Bankers Association, told the magazine that the goal is to get cash off the streets: “We’ve had people killed in robberies of marijuana shops here in Colorado. I can’t say that wouldn’t happen if you had banking services, but at least you wouldn’t have the temptation of large amounts of cash.”

Momentum Builds Behind the Push for Psilocybin Decriminalization – PR Newswire…

Analgesic effect of the synthetic cannabinoid CT-3 on…