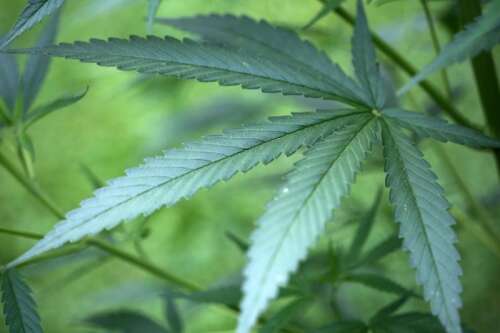 The Government has refused to say if it is holding talks with London over its flagship cannabis legislation after Rena Lalgie, the Governor, failed to give it Royal Assent.

Instead, Ms Lalgie reserved Assent, calling on the Progressive Labour Party government and the UK to work together on a way forward regarding the controversial matter.

David Burt’s Government did not answer questions from The Royal Gazette as to whether contacts had been made with UK officials on the legislation, and issued a muted response to the Governor’s remarks, some 24 hours after Ms Lalgie made them.

The Premier, who has previously said that if the controversial move to legalise consumption and production of cannabis did not receive Royal Assent it would “destroy” relations with London, said the Government awaited the next move by British foreign secretary Liz Truss.

A government spokeswoman said: “We have received the correspondence from the Governor regarding her decision to reserve Assent of the Cannabis Licensing Bill 2022, pursuant Section 35[2] of Constitution, and to notify the Secretary of State for Foreign, Commonwealth and Development Affairs, of such decision.

“We await the position of the Secretary of State for Foreign, Commonwealth and Development Affairs regarding this matter.”

The subdued comments came after the Governor issued a decision which could herald a constitutional showdown.

However, Ms Lalgie was careful to use her statement to urge the Bermudian and UK governments to work together to find a middle ground on the emotive issue.

The Governor said that the Cannabis Licensing Act 2022 appeared to her to be “inconsistent” with what she understood to be obligations held by the UK and Bermuda under UN Conventions but she appeared to be sympathetic to the aims of the legislation.

She stated: “I therefore have no choice but to reserve Assent of the Bill under Section 35 (2) of Constitution and to notify the Secretary of State for Foreign, Commonwealth and Development Affairs.

“I hope that Bermudian officials will work together with UK officials to find a way forward – one that does not result in life-changing criminal records for users of small amounts of cannabis and unlocks commercial opportunities, while maintaining Bermuda’s excellent reputation for upholding the rule of law.”

Reserving Assent stops short of refusing Assent and the Governor added: “The UK has supported, and is currently assisting, some of the Crown Dependencies and other Overseas Territories to develop a way which is compliant with the relevant conventions.”

There was a delay of more than a month between the Cannabis Licensing Act passing Parliament on March 30, and being sent to the Governor for consideration.

One Bermuda Alliance former premier Craig Cannonier described the time lag as “unusual” and suggested it was due to backchannel talks between Hamilton and London – but a government minister denied this.

The OBA has stated that the PLP push for liberalisation of cannabis laws was a “smokescreen” for a push towards independence.

After being rejected by the Senate last year, the Bill returned to Parliament in February and passed the House of Assembly 18-6.

Some 40 per cent of the PLP’s House of Assembly contingent – 12 MPs – failed to vote for the Bill, although some of them were overseas at the time.

Then the legislation tied in the Senate 5-5, but the Upper House no longer had the power to block it.

Mr Burt has previously said: “If Her Majesty’s representative in Bermuda does not give Assent to something that has been passed lawfully and legally under this local government, this will destroy the relationship we had with the United Kingdom.”

The Government admitted last year that its cannabis plans went beyond the limits of international conventions on drugs, which the UK has signed up to, and that the legislation was not in line with the UK’s obligations under the UN’s 1961 Single Convention on Narcotic Drugs.

Cannabis is illegal in Japan, Taiwan, and the UK – Amandala

Police issuing more than 100 fines over Partygate is a ‘non-story’, says Jacob…